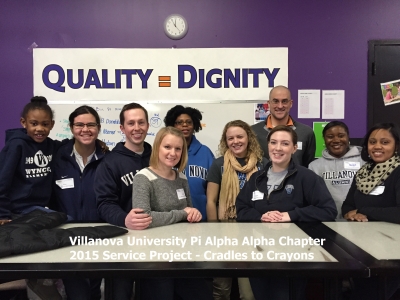 The History of PAA

Pi Alpha Alpha (PAA) was established in 1974 by NASPAA under the leadership of the first PAA president Don L. Bowen with ties to the American Society for Public Administration.  This honor society began with the goal to encourage excellence and recognize students who have gone above and beyond in the study of public policy and administration.

Within three years, 33 chapters were established and more than 600 members inducted. One of the earliest efforts to recognize academic excellence was the creation of the PAA Best Student Manuscript Award.  Governance meetings were, and still are, held to continue the tradition of advancing excellence, and the continued development of the honor society.  At the first PAA National Conference, it was discussed what PAA’s future should be.

In the early 1990’s, schools of all sizes were encouraged to create chapters through the removal of the minimum requirement for graduating students. Thus, new chapters were established at schools across the country.

In 1991 PAA leaders decided to raise the visibility and significance of the excellent PAA students. To do this, an oath was adapted for inductions, and a medallion was created to distinguish member’s academic excellence during important celebrations.  Both were done to elevate and honor PAA member’s achievements.  To honor those who inspire and guide PAA students, the Chapter Adviser of the year Award, was created in 1993.

In recent years, PAA developed this website and created a database of resources for students to utilize. Now with close to 50,000 inducted members, platforms such as Facebook allow PAA members and alumni to connect and network with each other.

In our continued efforts to recognize and advance excellence in public service education, PAA has supported the NASPAA Student Simulation Competition. This is a daylong competition in which NASPAA’s graduate students put theory to practice, and to work together to use a simulation to solve a complex public policy problem.

NASPAA deeply thanks these members of the public service education community for volunteering and serving as a Pi Alpha Alpha president.

Enter your personal information to receive the latest news from PAA.